Why and How We Can and Must Choose a Data-Driven, AI Future with Humans in Charge 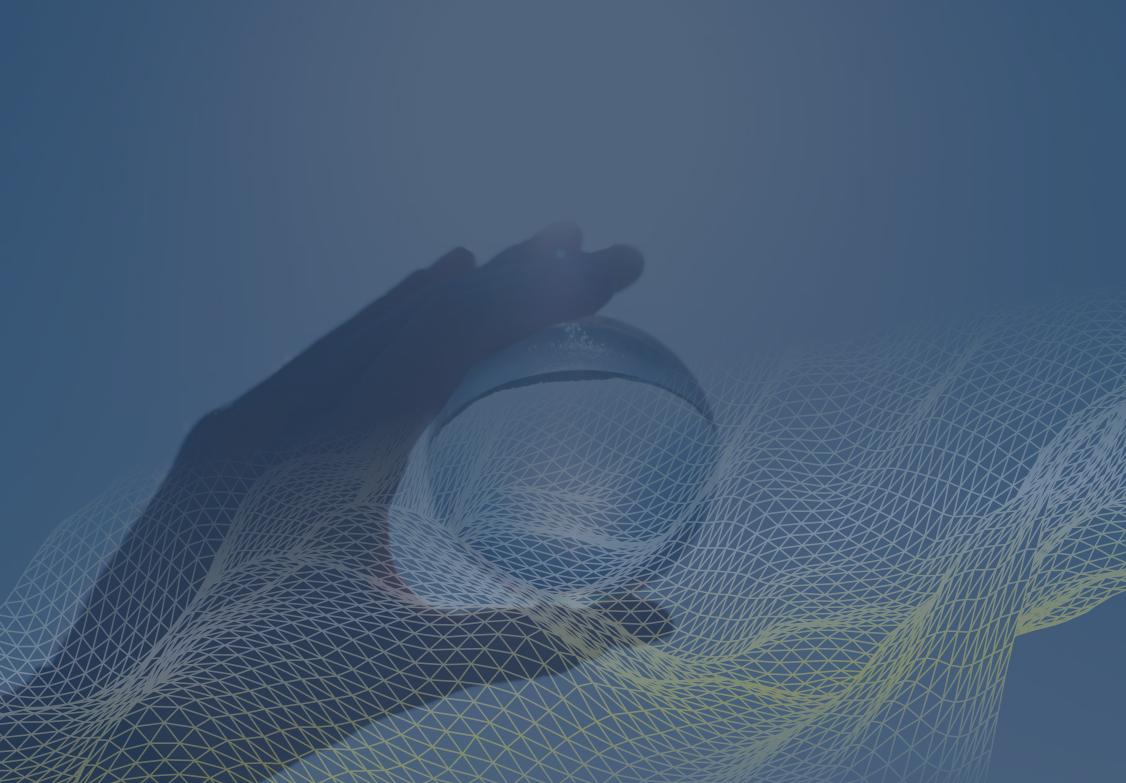 data.world CEO and Co-Founder Brett Hurt is sharing his thoughts on the theme of “People + Data” on a weekly basis in advance of our September 22 data.world fall summit. Read his previous post in the series,"Eureka! – Let’s Shout with Archimedes about the Importance of Enabling Innovation," here.

As an endnote to this six-week series framing our upcoming data.world summit, People + Data, here’s a question I hope you’ll consider deeply: What is the difference between deciding and choosing?

It’s a profound question, one at the heart of all we’ve been discussing about the past, present, and now, the future of data, innovation, and the imperatives of commerce. So for the answer I’ll turn to the eminent AI entrepreneur, technology futurist, and author Byron Reese. Byron, a good friend and fellow CEO, will be my guest at the September 22 summit to explore – among other things – his marvelous new book, Stories, Dice, and Rocks That Think – How Humans Learned to See the Future - and Shape It.

Before I foreshadow Byron’s summit presentation with a look at the insights in his just-published book (his fourth) here’s a quick review of our conversational journey over the past weeks. We began the discussion on our need to get smarter about “smart” tools. In my second and third essays, I shared my hard-earned lessons in the use of data analytics to survive both the dot-com bust and the Great Recession at two of my earlier companies, Coremetrics and Bazaarvoice. Next, in my fourth post, we chatted about data mesh and why we need to reorchestrate data governance, use, and organization in interesting new ways. And last week we left things with my thoughts on foundational innovation at data.world with our latest releases of Eureka – what I called enabling innovation – that sets the stage for other sweeping innovations to follow.

The scope of my career in data and analytics, spanning three decades now, has seen years of profound change, innovation, and technological evolution. This is hardly news to readers here, who have experienced much of it as well. But that is nothing compared with the change to come, toward what Byron has dubbed the planetary “agora,” the emergence of humanity as a collective consciousness, a “superorganism” that functions as an organic whole.

Buckle up for a wild ride. For our computerizing of data, which we’ve been up to for the past half century, now coupled more recently with the sensorizing of data with the tools led by the internet of things, or IoT, “will advance us even faster,” Byron argues in his book. Just consider that the 50 billion smart devices already connected to the IoT will soon be 50 trillion.

“In 100 years, life on Earth will be as unimaginable to us as our life would have been to a Paleolithic man,” he writes. “We will become a single vast intellect, and will gain mastery over the future. We will do that with artificial intelligence.”

Now before you leap to any conclusions about the wild assumptions many make of AI, of the “singularity,” or a post-human intelligence that will enslave us or worse, Byron knocks those imaginings down one by one. I’m sorry to disappoint fans of Matrix Resurrections, the last of the franchise that came out last year, but a so-called “general intelligence,” comparable but exceeding our own, is far-fetched. The book draws from one of Byron’s favorite musings from his Voices in AI podcast. This is that science has not even been able to digitally recreate the 302 neuron nervous system (essentially, the brain) of the nematode, a worm as long as a hair is wide. So let’s stop anticipating the virtual version of the human brain’s some 100 billion neurons and focus rather on the tools of “narrow AI”, which will yield unimaginable opportunities to improve life as we know it. Byron’s optimistic vision is that human agency will be enhanced, not diminished, by AI with us in charge of what he calls a “digital mirror” of our analog reality.

His reasoning is as profound as it is complex, and I won’t try and condense it all in this brief post (you really should read his book). But I think the essence of Byron’s argument was captured in a reference he makes to the early AI pioneers, including Joseph Weizenbaum, who penned Computer Power and Human Reason, in 1976. Building on their work, Byron’s foundational insight for me is that AI is capable of making calculations – of deciding – but only humans are capable of making reflective, values-based choices.

That the fate of the species is to be found in the difference between these constructs of cognition is a bold case for sure. But Byron makes it convincingly in the book’s three “acts” which remarkably integrate the history of technology, anthropology, archaeology, biology, psychology, sociology, neuroscience, mathematics, religion, and philosophy in just 280 pages. The result is an understanding of AI that seizes the narrative back from science fiction, iconic fabulist novels, and the cult of singularity.

"How Humans Learned to See the Future"

In ACT I, “Stories,” Byron walks us through the emergence of human intelligence, illustrating just how profoundly different – and yes superior – is our intelligence to that of any other species. It’s a contention that will not sit well among the cohort of my friends who share my commitment to animal rights, nor certainly not with my children who just last weekend welcomed “River,” an 8-week-old miniature long-haired dachshund, into our family. But here Byron’s robust definition of the marvel of human intelligence, essential to understanding the limits to its artificial variety, unfolds.

Broadly, “Stories” explores how we became this unique species that, unlike any other, has that essential tool of thought: language. It is language, initially to think, later to communicate, that allows us to deliberate and imagine across time and space – a subject graphed in my opening essay. It is language that allows us to live in both the past and the future. Equally, it is language that allows us to think in stories, or narratives, which are the essential ingredients of learning and communication. And only we enjoy this gift. Gaining language gave us what Byron calls “The Awakening.” We don’t know exactly when “The Awakening” happened, but somewhere between 50,000 and 100,000 years ago is Byron’s guess.

Moving on, ACT II, “Dice,” is really an exploration of the math that enabled us to create the technologies that increasingly define us. The particular miracle here is that of “randomness,” the patterns in everything from dice rolls to gamma rays that allow us to know that while the outcome of a single coin toss or dice roll cannot be foreseen, the results of a thousand coin flips or dice rolls can be predicted with astonishing accuracy. To this day, no consensus definition of randomness exists, but its observation, beginning in the 1600s, is the body of insight that allowed the emergence of the science of probability. That science is the beating heart of today’s AI. This may explain why I loved my statistics classes so much growing up.

And lastly, in ACT III, or “Rocks,” Byron brings home the point that while we are made of the same “star stuff” as hydrogen and the other base elements that comprise the rock in your driveway, 4 billion years of evolution have made us so much more. Atop the exploration of the nature of human intelligence, and then beyond with his tour through the conceptual mathematics that enable probabilistic decision-making, Byron dives deep into AI itself. This is the ultimate expression of data mastery, based on computers and sensors, of “getting all that data into the digital mirror, to copy our analog lives into their digital brains.”

Not that avoiding a dystopian future will be easy: “I’m not worried about this,” he offers. “I am terrified of it.” Examples such as China’s massive surveillance system, with 650 million cameras powered with facial recognition software that keep tabs on everyone, do not escape his gaze. “How can we avoid the dystopian version?”, he asks. “It won’t be easy. It has long been said that the price of liberty is eternal vigilance, so we must be diligent in our watching of the watchers,” anonymizing data, avoiding its centralization, and even criminalizing its abuse.

This is the challenge Byron sets for us. And it really speaks to my heart. Towards the beginning of data.world, we worked with our open data community (today 1.8 million members strong) to form the Manifesto for Data Practices, to help define how to practice ethical data work, among other important practices. It now lives at the Linux Foundation under data practices.org, complete with free courseware.

“We aren’t talking about a world without human agency but with enhanced agency, information-based agency. Making decisions informed by data is immeasurably better,” he writes. “If knowledge is power, such a system is by definition the ultimate in empowerment. Every person on the planet could effectively be smarter and wiser than anyone who has ever lived.”

Are you ready for that? Will you shape that future with us? If so, keep pondering the difference between deciding and choosing. And join us and thousands of your peers at our People + Data summit this Thursday, September 22, at 11 a.m. CDT to hear more on this from Byron himself.