Data as art: the key to our identity 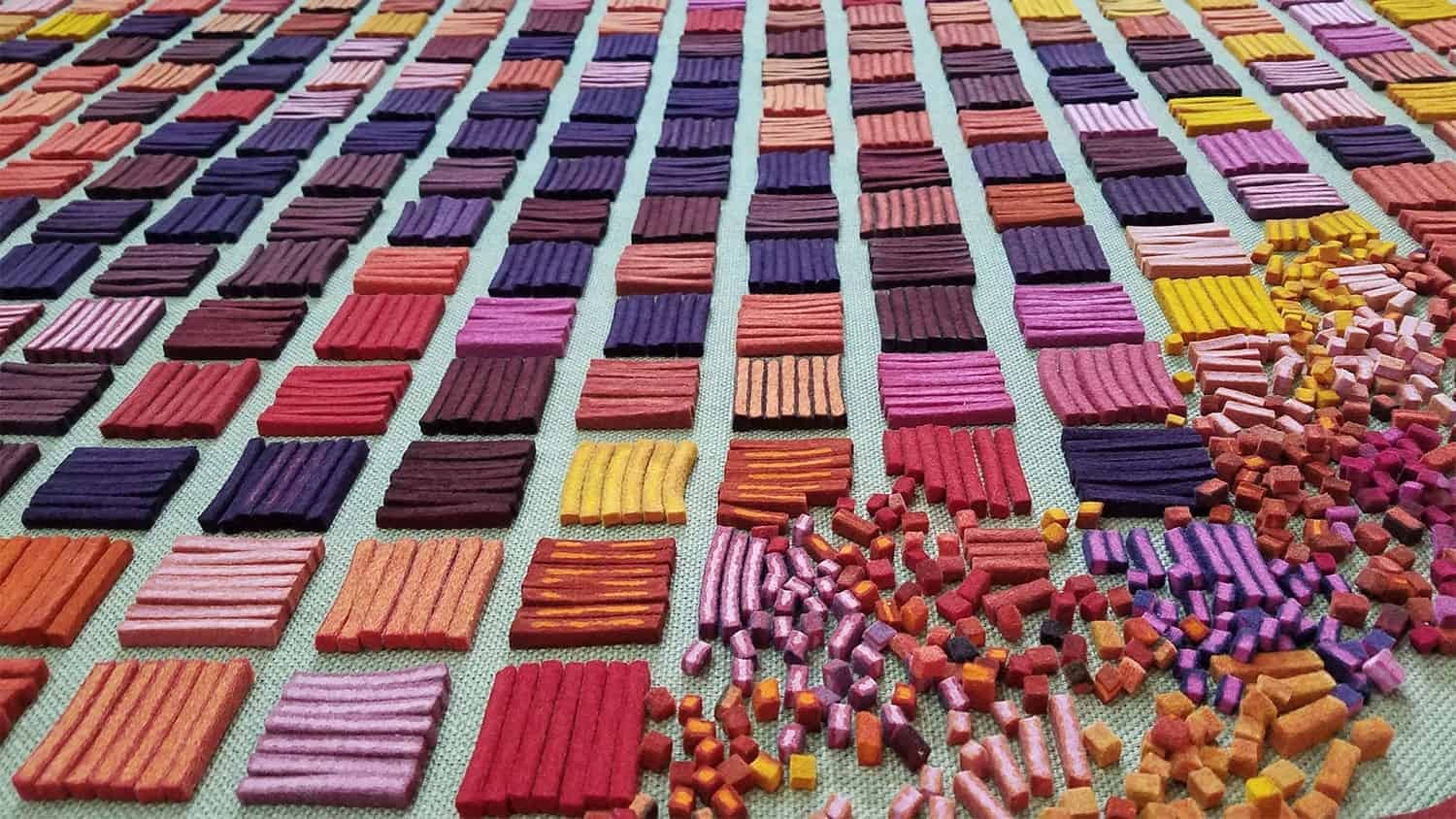 “What if we look back at this decade and think: this is the moment when we started to sort out what data meant to us?”

Laurie Frick believes we’re living this moment right now. As a Data Artist, Laurie explores the intersection of data and design. She is forging a new path for the expression of personal data.

“I make hand built work, but it’s data about you. I’m looking at the future, at everything that’s collected about us as humans… Most people know it, some people ignore it, but you’re getting tracked. Beyond what you even really know… you’re completely captured.”

As a society, we’ve developed a skepticism of the intentions of companies that capture our personal data, and often fear that this data could be used inappropriately to our detriment.

Laurie sees this common fear as a byproduct of a lack of transparency around how our own data is being used, and argues that individuals should feel empowered to seek access to their personal data and use this data in creative ways to enhance their lives.

“A lot of the creepiness is because it’s opaque, so make it two-way, not public, but so I can get it… Some people say, well, what are you going to do with all that data? And I say, turn it into art!”

The options are limited only by our own imaginations. Emerging technologies like biofabrication are ripe for artistic exploration, in that they provide attractive new mediums for creatives to express themselves.

Bacterial cellulose, for example, looks like paper but dissolves when wet. Laurie says, “that’s perfect, you put it on the walls and it’s art. It’s like the produce aisle; you just spray it down and then you get new stuff!”

To understand what these various new mediums could look like, we need to view the possibilities through the lens of what the intersection of technology and biology will look like many years down the line.

“When you’re thinking 10 yrs out and 15yrs out, you’ve got more latitude about what’s gonna happen… there could be an ecosystem of apps… for 99 cents you could start to see patterns of your mood against your credit card spending…”

However, current advances in biotechnology are just the tip of the iceberg in Laurie’s vision for the future of data-as-art.

So if this is to be the future of art and human interaction with data, how will we get there?

Laurie is already succeeding in this first step toward building the future she envisions, and has launched several successful projects that “offer a glimpse into the future of data about you.”

“I have this theory that all the data captured about you may turn out to be irresistible… it’s gonna turn it upside down. It might be the secret to who you are, your identity.”

Watch the full interview with Ian Greenleigh and Laurie Frick below.

See why data.world is the productive, secure platform for modern data teamwork when you request a demo.